Benefits Of Using a Sump Pump

While sump pumps aren’t the most costly of appliances that may be sitting in your basement and you can minimize the actual cost by getting a value for money product using our ultimate comparison chart for sump pumps, it is hard to deny that sump pumps are an added expense. Any added investment needs a justification, and sadly, the salespersons explaining the benefits of using a sump pump on TV are pandering more to their products than to a better understanding of the product’s usage. To help you make a right decision regarding buying sump pumps based on your needs, we have compiled a list of most common benefits of using one in your basement. 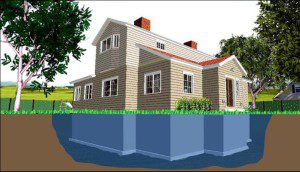 Prevents Damping and Peeling Of Paint

One of the primary advantages of using a sump pump is that it allows all the water present in the soil/rock immediately below the basement to collect in a corner of the basement, usually at the lowest point. This water is then removed from the cellar, thus preventing it from creating damp areas within the basement. Such removal is immediate and automatic due to the switch-activation method of modern sump pumps. Hence, whenever the water level rises in the basement and hence in the sump, the pump automatically clears the basement of accumulated water. Besides, if the water is allowed to remain, it can seep into the walls of the basement and cause paint to peel off. In severe cases, cement and mortar can peel off as well, leading to the bricks being exposed. Such damage can be hard to repair, as the damp spots that caused such peeling remain, and return with a vengeance during monsoon periods.

As in a pond, the build-up of water on the surface of the basement can lead to the growth of algae. Such algae can rapidly proliferate and create various hazards. The most common risk is related to the algae making the floor rather slippery, thereby causing injuries to unsuspecting people.

Secondly, the growth of algae can lead to the proliferation of insects that thrive in wet aquatic environments. This leads to problems of hygiene and in severe cases, may result in the basement becoming unusable. Furthermore, since the water readily absorbs pesticides, use of these to remove the insects can contaminate the groundwater via percolation to the underground reservoirs, leading to long-term problems.

Lastly, algae themselves produce various toxins that can harm small animals. Further, pets might consume algae and become ill. These, in turn, can create emotional costs of not using the best sump pumps to keep the basement free of water.

Protects Foundations Of The Buildings

Water present below the buildings is not necessarily static. In many cases, the water, even in dry seasons, is being pushed up by the pressure of the rocks, or by the increase in water table due to the inflow of water from other areas. The constant rise in the water table can lead to water pushing through the otherwise water resistant concrete, eventually breaking through and flooding the basement.

In more serious situations, the pillars that form the foundations of the house can be weakened if the constant pressure causes water to push through to the iron rods that hold the concrete together. Rusting of any rods can mean a severe weakening of the overall stability of the house. Since much of this goes on out of plain eyesight, it is possible that homes with no sump pumps or those bought without consulting the list of the main features of the best sump pump and hence of dubious efficacy are slowly being weakened to the point of collapse.

Even when many people accept the above benefits of a sump pump, they refuse to go in for one, choosing cheaper and problematic solutions instead. It cannot be denied that there are alternatives to the sump pump, but the question essentially is whether they are capable of offering alternatives that are capable of replacing the benefits of using a sump pump. One of the primary advantages of the sump pump over other machines is that it is safe to operate, even by children. Since it sits on the sump and the basic sump pump maintenance steps involve nothing more than using a flashlight to see if there are any clogging or jamming problems involved, there is virtually no need of using sophisticated hardware or accessing running motors, etc. when working with sump pumps.

Secondly, the sump pumps, being inside the sump, make a little noise and do not disturb pets and any people who may be present in the basement at the time. Further, elderly and people with poor sleep are benefitted because the sump pump turns on and off automatically without needing anyone to start it up. Lastly, it has been found that sump pumps, in general, require little maintenance, and if the good sump pump is chosen, even less so. This is because the sump pump has relatively few parts, and most of the vital ones are placed inside a durable metal chamber, hermetically sealed from outside. Even when there is massive water pressure (provided there is no significant debris influx), the sump pump can hold its own and ensure that no in-session maintenance is needed.

Much as we might favor sump pumps, it cannot be said that they are required in arid or dry areas, as the utility of a sump pump in a low water table area with little rain would be minimal. However, it has to be admitted that most of the states suffer from a right amount of rain, and this can lead to major problems as noted above. Even when there is no visible sign of water damage, the foundations of the house may be weakening, putting your loved ones in great danger. Compared to the risks involved in not installing a sump pump, the benefits of using a sump pump do suggest that for a majority of people living in their homes or apartment blocks, the decision to buy a sump pump is a profitable one both immediately and in the long run. 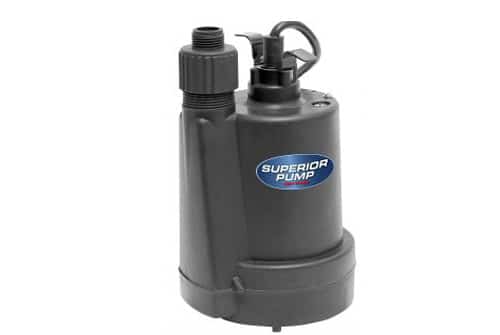 How to use a Sump Pump